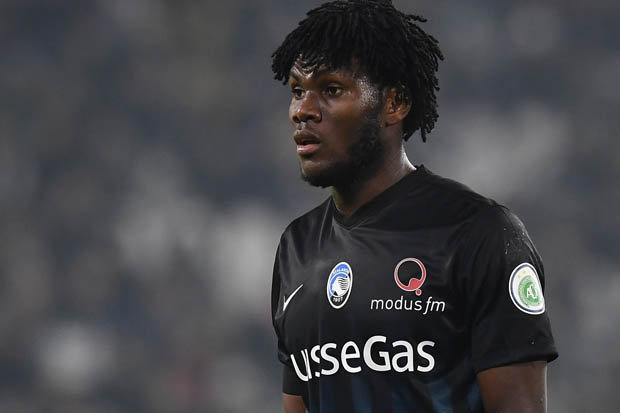 Tottenham’s summer signing Moussa Sissoko is coming to form at just the right stage in the campaign. After being written off as an expensive flop not too long ago, the £30 million signing from Newcastle United is proving that he can make a major impact when he is given time to settle. His performances have slowly been improving and he provided the assist for Danny Rose’s winner in the game against Burnley on Sunday. Even then, Spurs are keen on strengthening their midfield and have targeted Atalanta midfielder Franck Kessie, who has also been linked with Manchester United and Chelsea.

According to the reports from Calciomercato Spurs are so keen on the 20-year-old that they have made a €23 million offer for his services. Kessie has been a first-team regular for Atalanta this season after starting all of their 15 games. A defensive midfielder by nature, Kessie is also capable of playing in a more central role across the midfield. He would be seen as a natural replacement for Victor Wanyama or Mousa Dembele should either one of the players suffer an injury.

The interest surrounding the Ivory Coast international does not come as a major surprise considering that there are swirling transfer rumours surrounding Eric Dier, who has lost his first-team spot after briefly being the number one name on the team sheet during the absence of players like Toby Alderweireld.

After finishing only six points above the relegation zone last season, Atalanta have been experiencing a complete turnaround with the team eyeing a spot in the Europa League before the end of the campaign. The club are sixth in the table and just four points behind AC Milan. The club would owe this impressive form to players like Kessie. The 20-year-old has five goals and one assist in the 15 starts he has made this season. Any club would have to fight out hard for his signature given that his contract does not expire until the summer of 2021.

After spending the last season on loan at Cesena, he came back to Atalanta this campaign.

The January transfer window opens in the next 10 days and it provides Spurs with a crucial opportunity to stand in the squad, as they prepare for intense competition for the top four heading into the last five months of the campaign. Even though they have failed to reach the knockout stages of the Champions League, the club would be involved in the last 16 of the Europa League.

Unlike in the last few seasons, the club would very much see this competition as a route into the group stages of the Champions League for next season. Manchester United are one of the main competitors even in this competition.