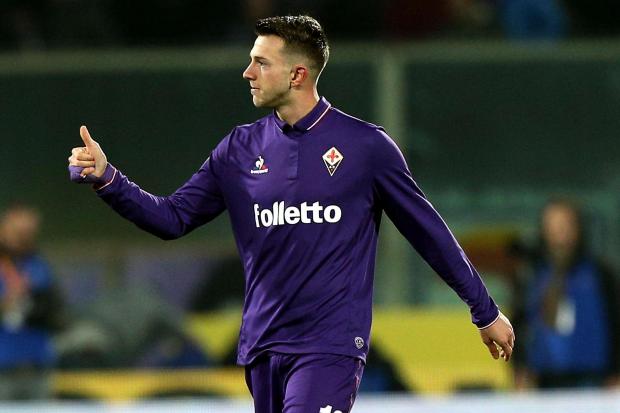 Tottenham manager Mauricio Pochettino may be on high at the moment after having just ended Chelsea’s 13 game winning run with a 2-0 win at White Hart Lane, but he will be aware that Spurs need to strengthen in January if they are to maintain their title challenge. Chelsea boss Antonio Conte admitted that Spurs cannot be taken lightly and that they are proper title contenders this season. However, the squad may be lacking depth in some areas of the pitch. One of the main concerns for the team is the lack of a proper replacement for Harry Kane should England international get injured once again this season.

Kane may not have scored in the win over Chelsea, but he was instrumental in creating spaces for Dele Alli to score both headed goals. His movement does make him a step up compared to other strikers in the league and he may not just contribute with his goals alone. The same, however, cannot be said of his backup Vincent Janssen, who has been a major disappointment since coming from Ajax for £17 million in the summer. Spurs have now been linked with a move for Fiorentina attacker Federico Bernardeschi.

And now, the Standard Sport has reported that Spurs are linked with a move for Fiorentina attacker Federico Bernardeschi, who is rated at £40m by his club.

The playmaker has caught the attention of several clubs across Europe and Spurs will have to fight heavily just to prevent any interest from Chelsea. It has been reported a few weeks ago that Antonio Conte was keen on Bernardeschi. The 22-year-old winger, though, caught the attention of Spurs when he came up with an incredible goal against the North London outfit in the Europa League. Since then, Spurs have been making enquiries about the player, whose contract runs out in the summer of 2019.

Capable of playing on the right wing or even as the second striker, the 22-year-old can provide a lot of versatility. Despite his good form this season with nine goals and two assists in 18 league appearances, Fiorentina have been unable to make significant inroads in the league table and they are struggling mid-table in the Italian Serie A. As a result, they are highly likely to miss out on European qualification for next season. As a young and upcoming player, Bernardeschi would want to play in the European matches in order to improve himself and he would see Spurs as the perfect destination to do so.

If he indeed comes to White Hart Lane, he will not be the first player from Italian football to arrive at the club. Erik Lamela came in for a hefty £30 million and struggled initially after his move from Roma. Now, he is one of the important players at the club. Pochettino will be hoping that Bernardeschi turns out to be a similar case.