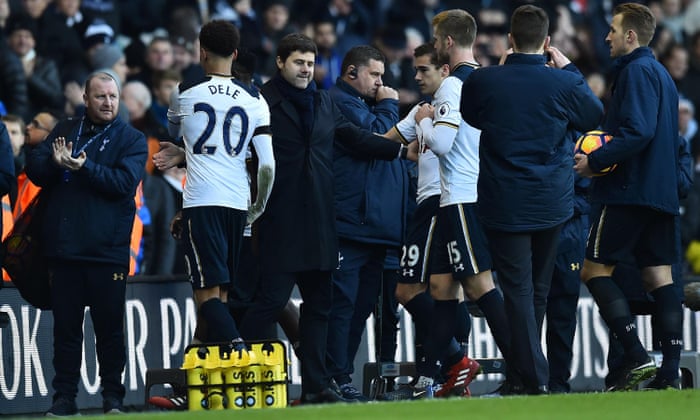 The Chinese market has truly rocked the January transfer window with almost every top club fearing at the prospect of their best players being prized the way for extravagant sums of money. Chelsea boss Antonio Conte claimed that the Chinese Super League was a threat for the Premier League when he sanctioned the £60 million move for Oscar to Shanghai SIPG. It was an incredible sum of money for a player who was not able to get into the starting line-up for almost three months. Now, the words from Conte seem to be coming true with almost every club having a player who has been linked with a move to China.

Spurs boss Mauricio Pochettino, thankfully, says that there has been no interest from the Chinese clubs in his players, although this may not be entirely true. There have been rumours of Dele Alli and Harry Kane being tempted with offers of around £800,000 per week in wages if they moved to China. Pochettino, though, admitted that the Chinese league is truly becoming a threat for all the top teams. He

As quoted by the Guardian, he said:

“Have there been any offers from China for my players? No. My reaction to the Costa story was indifference because, luckily, it is not my problem.

“What can you do when an offer like this arrives from a country that is like this? It’s crazy money. It looks like they broke the market. If the offer to Costa is true, it’s unbelievable, unbelievable. But we will see what happens.”

Chelsea striker Diego Costa is the latest to be subjected of heavy transfer interest from China. Despite being the club’s top scorer in the league with 14 goals, the striker was left out of the 3-0 win over Leicester City on Saturday after refusing to play for the club by claiming a back injury. He was entirely left out of the squad and did not even travel to the King Power stadium.

The news of Costa being left out would be a positive for Tottenham in the title race. Even though Chelsea did manage to win the game against Leicester, they are certainly expected to struggle without their top scorer. After Liverpool dropped points in the 1-1 draw with Manchester United, Spurs are becoming increasingly likely to become the main challengers to Chelsea. After six consecutive league wins, Spurs have moved into the second spot – seven points behind leaders Chelsea.

Spurs are yet to make significant inroads into the January transfer window, but as reported by Sky Sports, they are about to sell midfielder Tom Carroll to Swansea City for around £4.5 million. After many of the summer signings did not work out in a positive fashion, it has been rumoured that Spurs would make at least a couple of signings before the end of this January window. Yet, Mauricio Pochettino has always been a manager who has not preferred this window much. Barring a number of long-term injuries between now and the end of January, Spurs may not sign a new player to add to the squad.