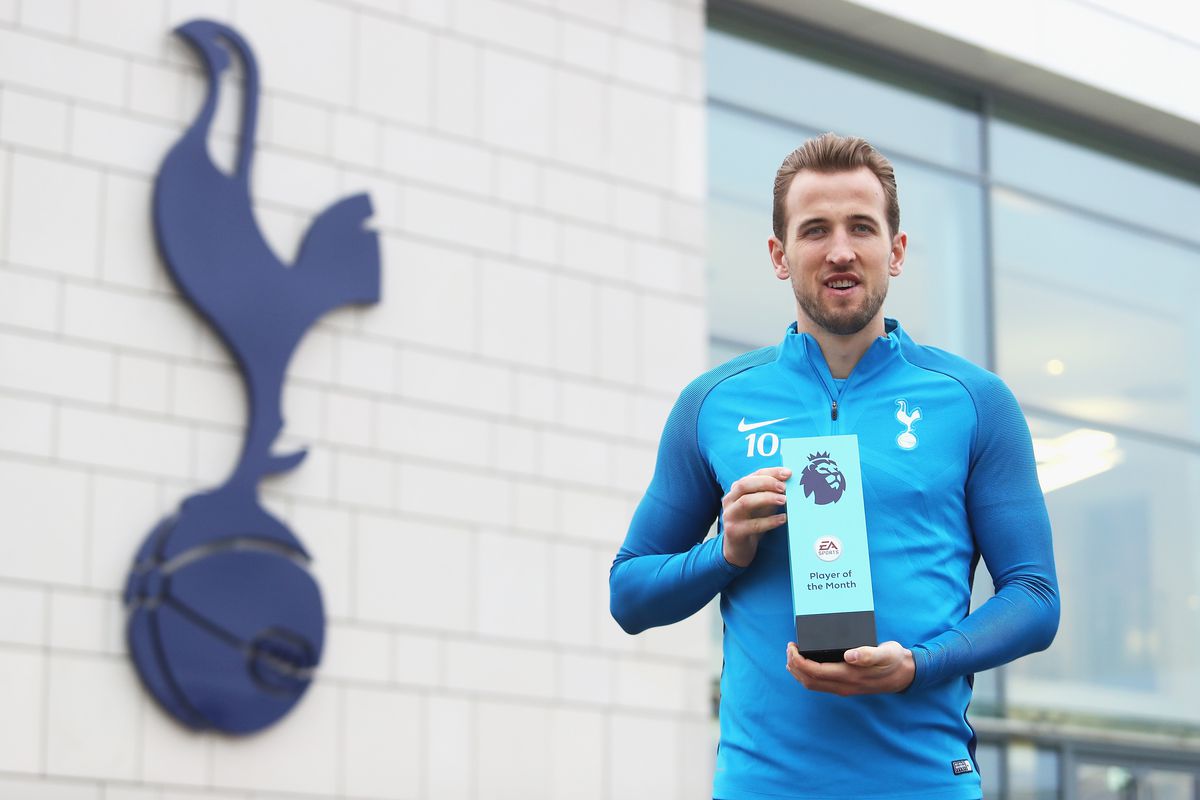 Tottenham striker Harry Kane has unlocked yet another achievement by equaling Steven Gerrard’s record of winning the most number of EA Sports Premier League Player of the Month awards.

The England international bagged his 6th Player of the Month award and is on level terms with Liverpool legend Steven Gerrard and not to forget, Kane is just 24. Kane, who recently ended up being the top scorer of the 2017 calendar year by scoring 56 goals, netted 8 goals in 6 games during the month of December. Kane also set a record of 39 Premier League goals in a calendar year, surpassing none other than Alan Shearer.

Kane, who scored two against Wimbledon in the FA Cup third round this year, will now be hoping to have a similar impact when his side welcome Everton to the Wembley.

Speaking about his new achievement, Kane said that he was very proud of this award and went on thank his teammates.

“It’s amazing, I’m very proud of that. As always, big thanks to the team, it was a great month and it’s great to (equal) that record.

“Whenever I get around the box, I feel I can get a shot off quickly and of course the team have been creating great chances so I’m there to stick them in the back of the net. I feel good, I feel sharp so I guess I’ll just carry on,” Kane was quoted on the club’s official website.

Steven Gerrard, the Liverpool legend, won his first player of the month award way back in March 2001, and eventually, his final one came 13 years later. Having said that, this is how Twitter reacted to Kane’s achievement:

Best striker in the world! #COYS

Another superb achievement, and many years ahead to increase his tally! Hopefully with @SpursOfficial to follow soon! #COYS

But he is a one season wonder and all those awards came in one season right?

Harry Kane wins December Player of the Month. Probably should’ve gone to Jesse Lingard, but, look at his face. pic.twitter.com/7JDxHdxyDl

Its sad that he’s gonna have only POTM trophies at the end of his career if he stays at Tottenham.

Great month for him. Showing great performances on court and proffessional attitude off court. Good luck.