"High as hell": Some fans react as Tottenham star goes from hero to villain in unfortunate derby defeat

The game started in disappointing fashion for Jose Mourinho’s side as Son Heung-min went down with what seemed to be a hamstring injury. Erik Lamela was brought on for him in the 19th minute.

Spurs then went on to take the lead just a few minutes after the half-hour mark. Lucas Moura played the ball to Lamela in the penalty box, who scored from an outrageous rabona kick. 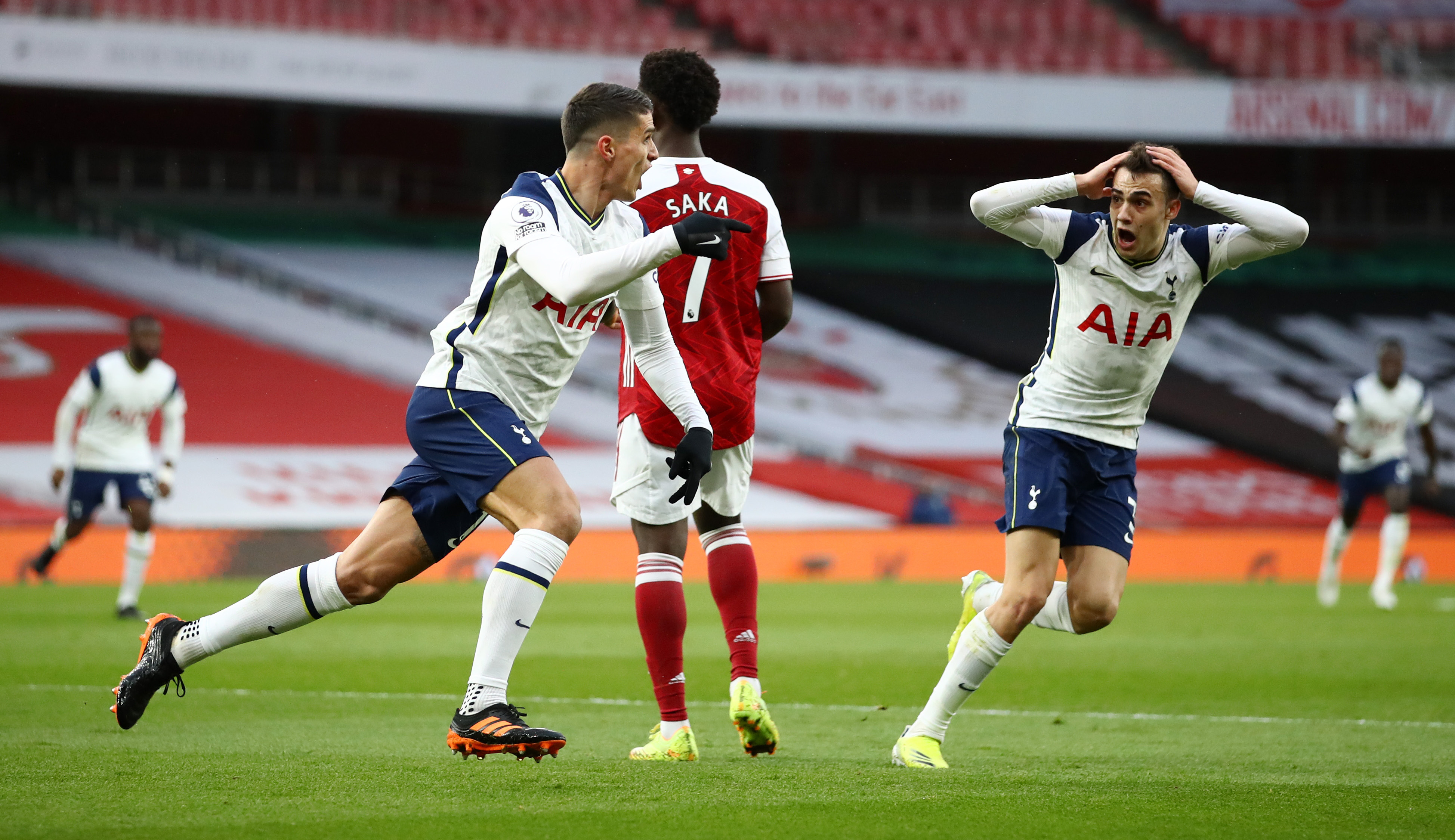 Arsenal then equalized just a minute before half-time through Martin Odegaard. Kieran Tierney cut the ball back to him and the Norwegian’s shot was deflected past a hapless Hugo Lloris via a Toby Alderweireld deflection.

Could have gone either way

A challenge from Davinson Sanchez on Alexandre Lacazette resulted in a Spurs penalty in the 64th minute, although the decision from the referee and the VAR was baffling. The Frenchman dispatched it with unerring accuracy and put the hosts in front.

And just when it looked like Spurs could pile on the pressure and push for the second goal, any chance of a comeback was shot to pieces as Lamela was shown his second yellow card of the game in the 76th minute.

But despite being a man down, Spurs showed resilience and Harry Kane headed in what would have been the equalizer in the 83rd minute. But it was ruled out as the Englishman was offside when Lucas Moura played in the free-kick.

The game finished 2-1, and despite all the drama elsewhere in the game, it was certainly Erik Lamela who was the centre of attention; first for his ridiculous goal, and then, his red card.

Here are some of the best reactions from Tottenham fans on a disappointing day for the team.

Remember when we said that his best highlight in his career was 'that' rabona…. yep.

Showed more fight than the rest of them

Attack is our best form of defence …….we should play like that every game . Tactics were rubbish from the outset ………

This is the most Erik Lamela game that could have ever Lamela’d. Subbed on. Rabona nutmeg goal. Double yellows. My goodness. Could not WRITE it better.

LOOOOOL Lamela. I understand, that Rabona must have been like a drug. He's high as hell