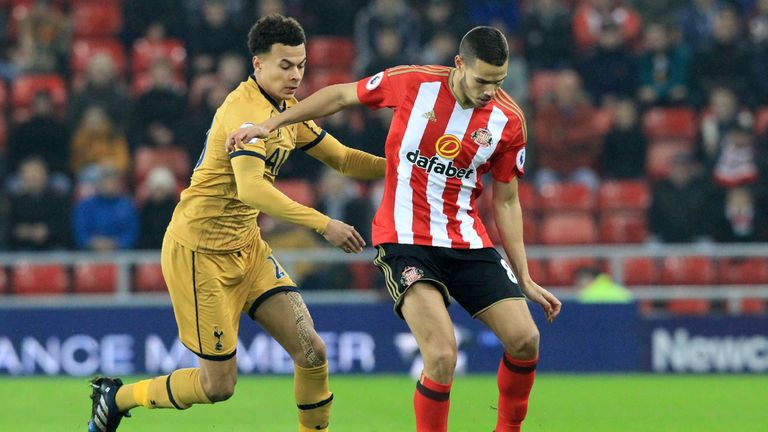 Tottenham missed the chance of closing the gap to Chelsea after they were held to a 0-0 draw by Sunderland. The away side dominated possession but barely tested the Sunderland goalkeeper and now remain nine points behind leaders Chelsea.

Spurs have been hitting the back of the net on a regular basis and had scored 16 times in their last five league games but Sunderland held fort really well and nullified any attacking inputs from Mauricio Pochettino’s men.

The best chance of the game fell late on to Victor Wanyama but he headed high. There still was some good news for the London club as the loss for Arsenal in their match meant Spurs climbed up to second in the Premier League.

The draw helped Sunderland get off the bottom of the Premier League until Hull City play their next game but this does seem to be a huge opportunity lost for the Lilywhites. Spurs did manage 72% possession in the game but had just 3 shots on target.

Tottenham are second in the Premier League after 23 games. Remain calm. pic.twitter.com/hD3GhVIVA5

Poch: Our fellow title contenders are dropping points, we should take advantage.

Tottenham down to 10 men against Sunderland pic.twitter.com/yFlQjoi453