In a recent interview with The Guardian, former Tottenham Hotspur midfield star Sandro has claimed that leaving the club is the biggest regret in his career.

Sandro joined Tottenham in the summer of 2010 from Brazilian club Internacional. The 31-year-old spent four years at the White Hart Lane and went on to make 106 appearances for the club. The midfielder scored three goals and assisted four more during his time at the club.

Sandro left our club to join QPR in 2015. He has since had stints at West Brom, Antalyspor, Genoa and Udinese, before he returned to Brazil in January, joining Goias EC. Opening up on his time at the club, Sandro has now revealed that he spurned advances from Manchester City to stay at Tottenham in 2011. However, he admits that leaving for QPR just before Mauricio Pochettino arrived at the club, is his biggest regret. (h/t The Guardian)

“That’s the biggest regret of my career, completely. I wish I could have played with Pochettino. He improved the players. He took Tottenham to another level. I got it wrong and I regret it.”

The 31-year-old also opened up on his equation with Harry Redknapp, claiming that it was an absolute pleasure working with the former Tottenham boss. (h/t The Guardian)

“It was incredible working with him. At the start he’d talk to me: ‘Sandro, calm. Take your time. Get used to it.’ Then I started playing regularly. And he really loved me.” 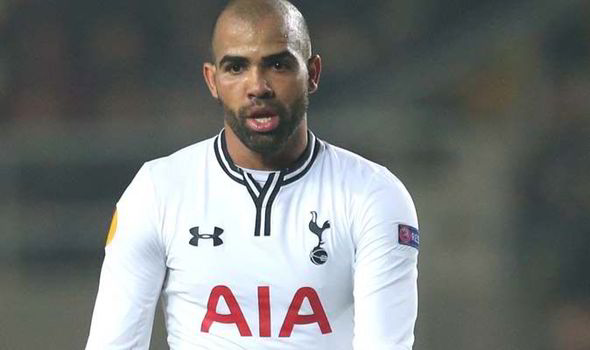 Sandro has happy memories of working with Harry Redknapp

Sandro continues to follow our club despite having left six years ago. The midfielder insisted that under Jose Mourinho the club was in good hands, as the Portuguese wins everywhere he goes and will take the club forward.