Italian Clubs In Contact With This 20-Year-Old Tottenham Prodigy 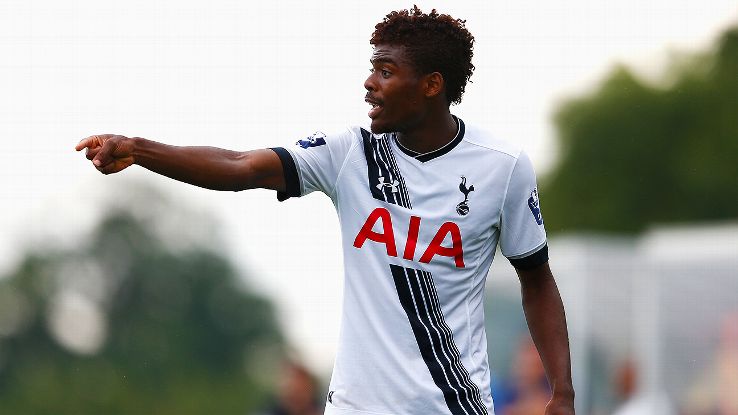 Nathan Oduwa is one of the four players from the Tottenham development squad on loan this season. Interestingly, he has been sent out to Peterborough United where goalkeeper Luke McGee has also been part of the setup. Oduwa appears to have been hugely impressive for the club this season so much so that he is attracting transfer interest from Italian clubs already. The 20-year-old Englishman is yet to start a league match for the League One outfit.

The five appearances he has had in League One have all come as a substitute. He is yet to score or assist in any of these games, but it seems that he has caught the attention of the scouts who believe that his game can be taken forward in a huge way.

Oduwa is expected to return to Spurs once his six-month loan spell with Peterborough comes to an end. Goalkeeper Luke McGhee has just extended his stay at Peterborough United by at least six months, but the fact that Oduwa is not made many appearances is unlikely to help him in this regard. Bologna and Salernitana are thought to be the clubs interested in his services according to the TuttoMercatoWeb. Virtus Entella and Atlanta have also made contact with the player. The interest from the Italian Serie A and Serie B clubs is surprising.

It remains to be seen if the interest from the exotic location is for a permanent transfer or for a temporary shift. Either way, the player will have to make a major decision when it comes to signing for a foreign country even at this young age. The fact that he has failed to make it to the Tottenham first team despite being 20 is a sign that his time at White Hart Lane not last for long. In such a scenario, taking an offer from a foreign country where there are unlikely to be any English players would be a serious gamble.

Oduwa recently shifted his allegiance from the England national team to Nigeria, as he sees the opportunities of international football being much higher when it comes to playing for the African nation. He has recently made his debut for the Nigerian under 23 team. England, though, have still a possibility of bringing in the player since he is yet to make a senior appearance for Nigeria. The youngster has previously spent time on loan at Colchester United and Rangers.