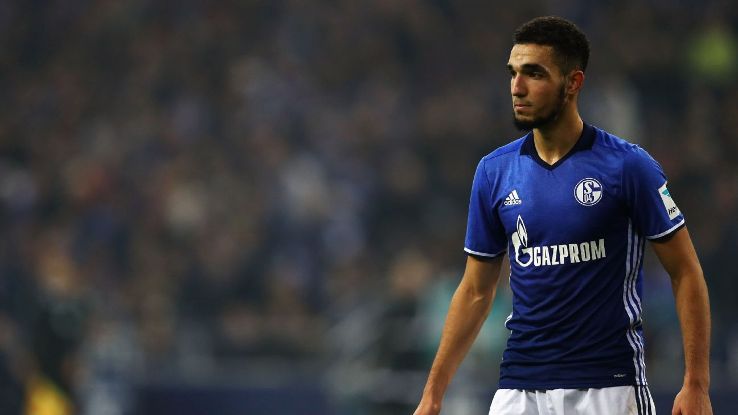 Nabil Bentaleb might be on his way back to White Hart Lane, as he is concerned about Schalke’s poor form in the Bundesliga, as per the reports from the German news outlet Spox. Bentaleb joined the Bundesliga club in the summer on a season-long loan deal. The deal is believed to have a clause that would allow Schalke to buy the player on a permanent basis for £16.3 million. It would represent a great value for Tottenham considering that Bentaleb came through the ranks and did not cost much money apart from the money paid to acquire him from Dunkerque as a youngster.

Bentaleb made his debut for Tottenham in 2013 and in his first season at the club, he made 20 appearances in all competitions. This was followed by a tremendous improvement in the 2014-15 season as he made 35 appearances in all competitions in Mauricio Pochettino’s first full season at the club. Last season, though, he featured in 11 games and was starved of first-team opportunities. This led to the move to Schalke in order to get back on track.

The signing of Victor Wanyama for £12 million seemed to be the end of the road for Bentaleb as far as his future at Tottenham was concerned. Schalke having the option to sign him permanently for £16 million also seemed like a distinct possibility that Bentaleb may not return to White Hart Lane in the white of Spurs at least for the time being. Bentaleb has been quite impressive at Schalke this season and has scored five goals in 21 appearances. Most of his goals have come in the Bundesliga, while he has been able to score one goal in four appearances in the Europa league.

Even though Schalke have been able to provide Europa League football this season, is understood that Bentaleb is hugely concerned about the possibility of the club matching his ambitions from next season. Schalke have been struggling big-time in the Bundesliga with only six wins so far this campaign. As a result, the possibility of the club finishing in the Europa League place as looks highly in doubt. The top six teams will qualify for the European competition, but Schalke are trailing Hertha by a whopping 11 points with 19 games having been played in the German league.

His good form at Schalke will undoubtedly be a reason for Mauricio Pochettino to consider having Bentaleb back in the squad. Even though Tottenham are functioning exceptionally well in the central midfield, having the strength in depth is one of the primary motives for any team can to compete on all fronts. Rather than shell more than £ 20 million on a new midfielder, Pochettino will certainly consider having Bentaleb back in the squad.