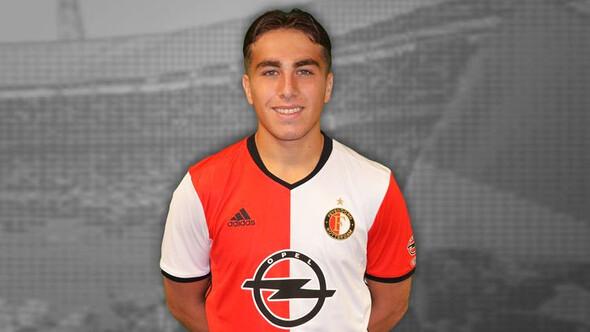 It’s not solely a two-way battle as numerous clubs from Germany and Holland have arrived on the scene too, his representative Muzzi Ozcan has revealed.

The north London club are keen to sew up a deal even before the summer transfer window. The 18-year-old’s contract expires at the end of the campaign and the Dutch side’s struggle to convince him to pen a new deal has caught the attention of clubs across the continent.

The Dutch giants have a strong reputation of being a starting place for some of England top flight’s renowned talents. Case in point is Robin Van Persie and Dirk Kuyt. The former was a goal-machine for Arsenal and Manchester United and went on to win the title with the Red Devils in 2013. Meanwhile, Kuyt was hailed as a fan favourite at Anfield and is now lacing his boots for Feyenoord once again, with no signs of slowing down in front of goal despite the age of 36.

If Kokcu does move to the Premier League, he would be keen to follow the footsteps of the aforementioned players. He came through the ranks of Groningen, before joining Feyenoord last summer. However, the only barrier is he is yet to make a senior appearance but has shown signs of star-in-the-making for the club’s U19 team, racking up two goals out of 14 appearances.

Well aware that they have a prodigious talent on their hands, Feyenoord will be still working a trail to tempt the striker to sign an extension and then fill up their coffer or perhaps totally fend off offers. The latter move seems highly unlikely even if Kokcu changes his mind, looking at the money monopoly in transfers these days.

If Kokcu remains firm to pack his bags and leave Feyenoord, his next club will only need to pay a compensation fee to secure his services.

The Toffees were quite busy in the winter window with the additions of Morgan Schneiderlin, Ademola Lookman and Anton Donkor. Meanwhile, Spurs were rather happy to keep their cards close to their chest and recruit in the next window. Both clubs certainly possess a healthy academy that churns out highly-rated prospects and questions come to mind if they really need Kokcu. Looking at how things stand, perhaps the minimal price tag is what tempting them and other European teams.

This weekend, Spurs head to Merseyside to battle the Reds, who are stumbling to earn a league victory since the start of the year. The blue half will be taking on Middlesbrough, who tasted a narrow 1-0 defeat at White Hart Lane last weekend.