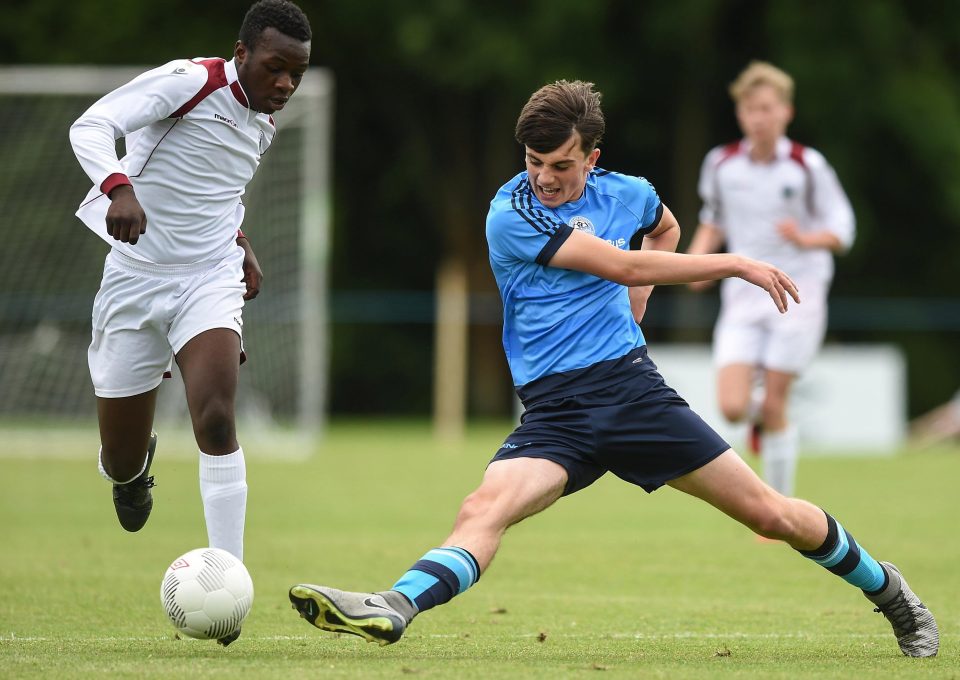 According to the Irish Sun, Tottenham Hotspur have edged their London rivals Chelsea to secure the signature of wonder-kid Troy Parrott.

In the transfer monopoly these days, plenty of clubs are wholeheartedly going down to the wire to snatch young prospects. Considering the financial clout Chelsea are backed by, Spurs will certainly pat themselves on their back for closing the deal with the 15-year-old, who currently plies his trade at Belvedere in Ireland. It is believed that they have reached an agreement with the renowned Dublin feeder club to sign their star in the summer.

The similar source also added that Belvedere will receive the full compensation money in one upfront payment.

Despite his tender age, Parrott has been reaping up a strong reputation as a prolific scorer for both club and country at age-group level.

He may not be the most heralded name but it’s now up to the Lilywhites to mould him into one. They do have one of the best academies in England’s top flight and their recent recruits have had ample of opportunities to feature in cup competitions, and some have gone to be superstars like Harry Kane.

It’s no easy feat to surge up the pecking order of strikers at White Hart Lane but with Vincent Janssen struggling to hit the ground running and other academy products securing playing minutes on loan across continents, he needs to impress at once when arrives at the end of the season.

Yet series of loan spell are the best bet to strengthen roots of any young players out there. Case in point, Mauricio Pochettino sanctioned to send highly-rated forward Shayon Harrison to League Two side Yeovil on loan until the end of the campaign, despite the constant clamour for a solid deputy for Harry Kane.

The young forward has just returned from Holland, where he represented Ireland Under-15s. His country was in the receiving end of a 5-1 scoreline but he managed to net the consolation goal. No doubt, Spurs hierarchy will be grinning from ear to ear.

The Premier League are somewhat missing the Irish spark that once it had with big boys like Roy Keane, Damien Duff and Robbie Keane. Parrott will be vying to reach the heights of the latter, who was one of the most feared finishers in the league.