"Bit of a stinker": Some fans not pleased with this Tottenham star's display in UEFA Euro 2020

Harry Kane started as the number 9 for England against Croatia in his team’s first UEFA Euro 2020 group game. But things did not go to plan for him.

The star striker was substituted in the 82nd minute for Jude Bellingham as he managed no goals, assists, shots on target, or a single key pass – even going on to miss one ‘big chance’. (h/t SofaScore)

The Three Lions did not suffer as a result, however. A 57th-minute goal from Raheem Sterling was enough to hand them a 1-0 win, with Kane’s run perhaps creating space for the Manchester City winger to get into a scoring position. Harry Kane of Tottenham Hotspur was not at his best for England vs Croatia at UEFA Euros 2020. (Image: SofaScore)

However, it was a performance that did not scream of a player that had won the Premier League Golden Boot as well as the Playmaker award this season. His future at N17, meanwhile, still remains up in the air.

Daniel Levy, speaking to the club’s media (h/t Express) stated that he would do whatever is right for the club, with regards to Kane’s Tottenham future. The Englishman has been on Spurs’ books since he started playing professionally.

However, the 27-year-old is yet to win a single trophy at the club and that can have an effect on any player’s mindset. Nevertheless, he remains a favourite of Spurs fans around the world. 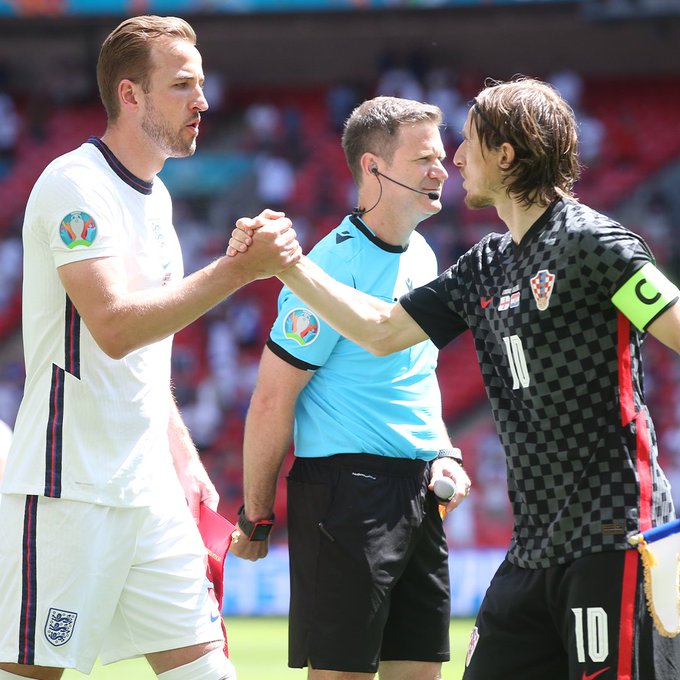 But the Tottenham faithful were not pleased with the striker’s performance on the day and let their feelings known on social media.

Here are some of the handpicked reactions from Spurs fans on Twitter with regards to Kane’s showing.

Not really but we’ll let it slide

Wasn’t though was it?

Not really his best game but we move

This isn’t gonna make him stay